“The noble seeds of human nature sprout upwards in their purity almost of their own accord if the ignoble ones, the weeds, are sought and destroyed in time. This must be done ruthlessly and vigorously. It is a dangerous and yet frequent error to be put off guard by the hope that misbehavior and flaws in a child’s character will disappear by themselves. The sharp edges and corners of one or the other psychic flaw may possibly become somewhat blunted, but left to themselves the roots remain deeply imbedded, continuing to run rampant in poisonous impulses and thus preventing the noble tree of life from flourishing as it should. A child’s misbehavior will become a serious character flaw in the adult and opens the way to vice and baseness… Suppress everything in the child, keep everything away from him that he should not make his own, and guide him perseveringly toward everything to which he should habituate himself.”

Shoulder strap, from the book The Body Postures and Deleterious Habits of Children, Including a List of Remedial Measures by Moritz Schreber.

“The most beautiful garden is the one closest to the neglected ones.” 1

Schrebergärten or allotment gardens are known to be small communal gardens that began to appear in industrialized cities of Europe during the second half of the nineteenth century. Their name varies from one region to another. In Austria and Germany, they are known as Schrebergärten after the surname of their creator, Dr. Moritz Schreber (Germany, 1808). He was the one who conceived and implemented the first of these gardens, although their popularity and dissemination would take place after his death.

Dr. Schreber was a physician, educator, and teacher who devoted much of his research to children’s health and the impact that industrialization might have over it. Above all, he focused on the education of an ideal citizenry by means of the physical and psychic manipulation of children, which would guarantee a future of “dominant adults liable to be controlled,” a “battalion of obedient youngsters”2. The two main pillars of his educational system were, on the one hand, gymnastics and orthopedics, and on the other, as a complement, direct contact with nature through sowing of small plots, something that would keep them occupied and under surveillance at the same time. Schrebergärten pay tribute to the ideas that engendered them: they are presented as places for the recreation of infants, spaces where they can have contact with nature and at the same time be monitored by their parents. Although the first association dedicated to allotment gardens appeared three years after Dr. Schreber’s death, the gardens maintain the strict regulation, conservatism, and violence of his educational system. Nowadays, Schrebergärten are served mainly by people living in the city who do not have a garden at home. However, the land does not belong to them and various associations enforce a strict compliance with a long list of rules ranging from seeds to be planted, maximum size of growth, percentage of land that must be dedicated to vegetables, to the construction of a scale model house––not bigger than twelve square meters and that cannot be inhabited under any circumstances––and even the size of the plot that should be occupied for such purposes.

Dr. Schreber also wrote a series of books and manuals that contained designs for orthopedic apparatuses as well as gymnastic routines. The use of the former and the fulfillment of the latter would produce the future utopian citizen. Thus, intervening the posture through the use of apparatuses and exercises, some of them resembling torture, would render correct habits that would shape the child into the expected adult, dominant yet obedient. Schreber designed, Foucault might say, a sort of social orthopedics.

This project aims to confront the viewer with the fascism, violence, and rigidity of Schreber’s educational systems through landscapes of hyper-controlled beauty rendered by those gardens that bear his name even today. In order to achieve this, I worked in a large series of pieces that juxtapose the terrifying designs of orthopedic apparatuses and gymnastic exercises taken from the manuals that continue to be published, and photographs that show the ideal perfection of Schrebergärten, stiff and regulated. I include documents, diagrams, animations, drawings, and a series of medium format photographs in color of some Schrebergärten. 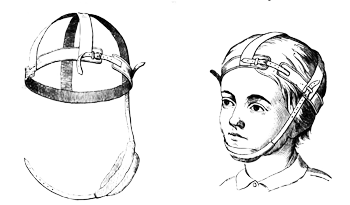